END_OF_DOCUMENT_TOKEN_TO_BE_REPLACED
Sign up to receive a weekly Wowbrary newsletter.

Tannery Run Brew Works on Butler Pike in Ambler is donating a portion of their food sales to the Friends of the Ambler Library.

We invite you and your friends and family to come out and enjoy good food and good company.

All  money raised by the Friends pays for library programs, equipment, and other needs identified by the library.

The Friends group and library will have a table set up near the entrance -- stop by and say "hello"! 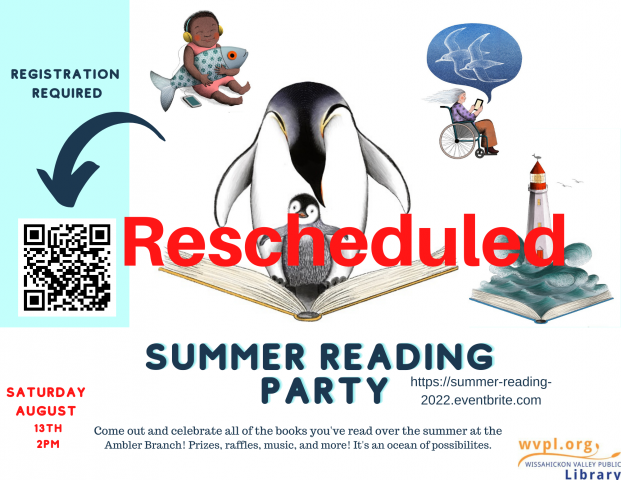 Come celebrate the end of summer reading with everyone at the library.

There will be raffles, music, prizes and more! It's an ocean of possibilities. 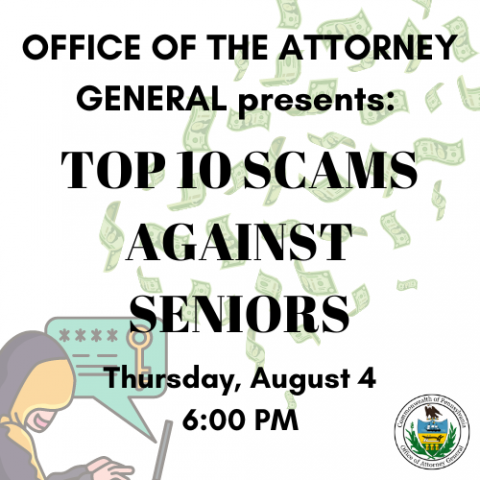 From the comfort of your home via Zoom!

Connor Ferrara from the Office of the Attorney General will present the Top 10 Scams Targeting Seniors.

Older adults lose an estimated $3 billion each year to financial scams. Learn how to identify and stop scams.

Ed Eisen is a professional story teller. His tales are based on the famous, the infamous people he has met in his 52 years on the road working for some of the nation's top newspapers. Other tales come from his years as the first Jewish  spokesman for two popes, his involvement with the Philadelphia Mafia, a mass murderer, world boxing champ Joe Frazier,  comic Jackie Gleason, the world's first transgender woman, the man on whose life the award-winning movie, "A Beautiful Mind" was based and more. His tales  leave audiences laughing, crying, remembering, often transformed. He speaks or hosts programs on a variety of topics , many with wide audience participation, one based on a mix of what you see and hear on CNN and FOX minus the klieg lights.

Ed Eisen’s career in communications spans 52 years. He was a Freedoms Foundation recipient and an award-winning journalist at The Philadelphia Inquirer and The Philadelphia Bulletin. He worked as a broadcast news reporter and public relations consultant, taught broadcast news journalism at Temple University and authored a book, Soul for Sale, Confessions of a Philadelphia Spin Doctor that uncovers the dark side of public relations. Ed has worked as a volunteer ESL teacher for over two decades, founded a jobs network for immigrants, served as a reader for the blind, is a member of the board of directors of Broadcast Pioneers and books weekly speakers at the Rotary Club of Willow Grove, PA

There was at least a 90% probability AGAINST the Pearl Harbor attack ever being launched.

Yet we know that it happened in 1941. Find out how such an improbable event occurred.

How did the US Army and Navy both botch impending early warnings, ensuring total surprise?

Did Japanese submarines attack? Who fired the first shot in the Pacific War?

Newsreels of the time show shattered Pacific Fleet warships burning furiously. How devastating was this air raid; what went right and wrong?

Ray Rossa is an avid student of mobile warfare and can describe the most complex concepts in clear, logical, easy-to-understand word pictures. 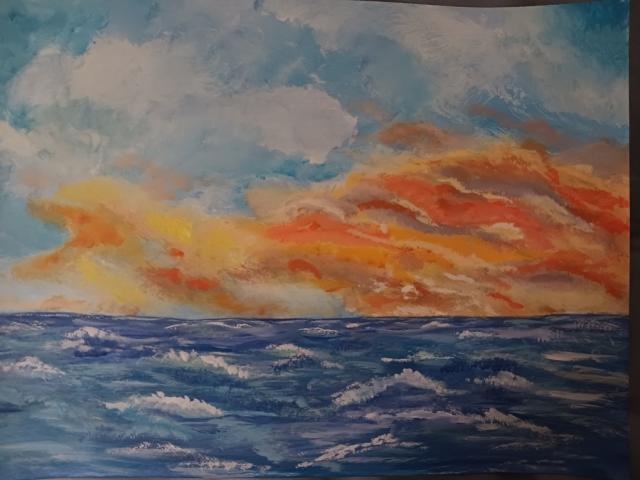 All art supplies - canvas, brushes, paint and sponges - will be provided. 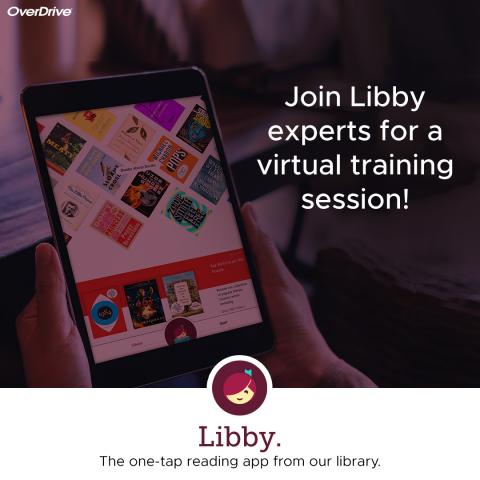 Libby experts from OverDrive are coming to help you access our library’s digital collection of ebooks and audiobooks through the free Libby app on July 26, 27, & 28 at 10:00 AM! You can sign-up to join here!If you haven’t used the FREE Libby app yet to borrow digital titles from the library, join at 10:00 AM on July 26 to learn Libby Basics.Want to learn the experts’ favorite tips & tricks? Sign up for the Deep Dive session on July 27 at 10:00 AM to enhance your Libby experience.If you would like to attend to learn about Libby, but can’t make these times, sessions will be RECORDED and EMAILED to everyone REGISTERED 24 hours after the webinar. Please register to receive this recording!You can sign-up here and come whenever you like!

Mark Lange from the Society for Financial Awareness will be presenting on "Investment Concerns in a Fragile Market" on Tuesday, September 27 at 7:00 PM online via Zoom. Click on the links to learn more about Mark and SoFA.